27
Life threatening hemorrhage after extraction in the patient with severe hemophilia A and high-level inhibitors- a case report.

1606 reads
Life threatening hemorrhage after extraction in the patient with severe hemophilia A and high-level inhibitors- a case report.
•Hemophilia is an inherited bleeding disorder in which the blood does not clot properly. The treatment of hemophilia is to replace the missing clotting factor in need.
•Unfortunately, 25-50% of patients with severe hemophilia A develop IgG alloantibodies, so called “factor VIII inhibitors”, toward clotting factors during the replacement treatment. It will cause uncontrolled hemorrhage and threaten the patients’ life during invasive dental procedures.
•We should pay much more attentions upon performing dental procedures such as  tooth extraction, scaling and root planing in the disease category.
•A case of 45 y/o Asian male patient.
•A current smoker with a 0.5 pack/day and diagnosed as severe hemophilia A and high-level factor VIII inhibitors.
•Previous history of hemophilic arthritis, right hip, s/p total hip joint replacement (Jun.15th, 2014); Pseudomonas aeroginosa bacteremia during  the admission, odontogenic origin suspected
•Clinical and radiographic examination revealed full-mouth heavy calculus and plaque deposition, and advanced periodontal destruction. He was diagnosed as generalized chronic periodontitis.
•Reinforced oral hygiene, phase I periodontal therapy, and extraction of multiple hopeless teeth were planned. Prosthodontist consultation for upper interim fabrication and further reconstruction was arranged as well.
•He received high-dose clotting factors concentrates 4 hours before #19 extraction according to the hematologist’s recommendation. However, in the midnight after extraction he was sent to the emergency department due to uncontrolled bleeding and airway compromise. Dyspnea and orthopnea was observed in the same time. He was diagnosed as post-extraction hematoma and admission was recommended. The condition had improved after bypassing agent intervention.
To prevent the complications of postoperative bleeding in hemophilia patients, the augmentation of coagulation factor concentrate prior to the procedures, well-communication between healthcare providers, and proper wound management including suture and placing antifibrinolytic agents are very important.

16
Activated Charcoal as a Whitening Dentifrice...

22
An Association among Intimate Partner Violence (...

31
Loss of Multiple Teeth due to Trauma and... 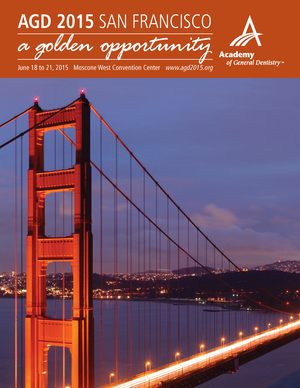